by Stella White of the Daily Express 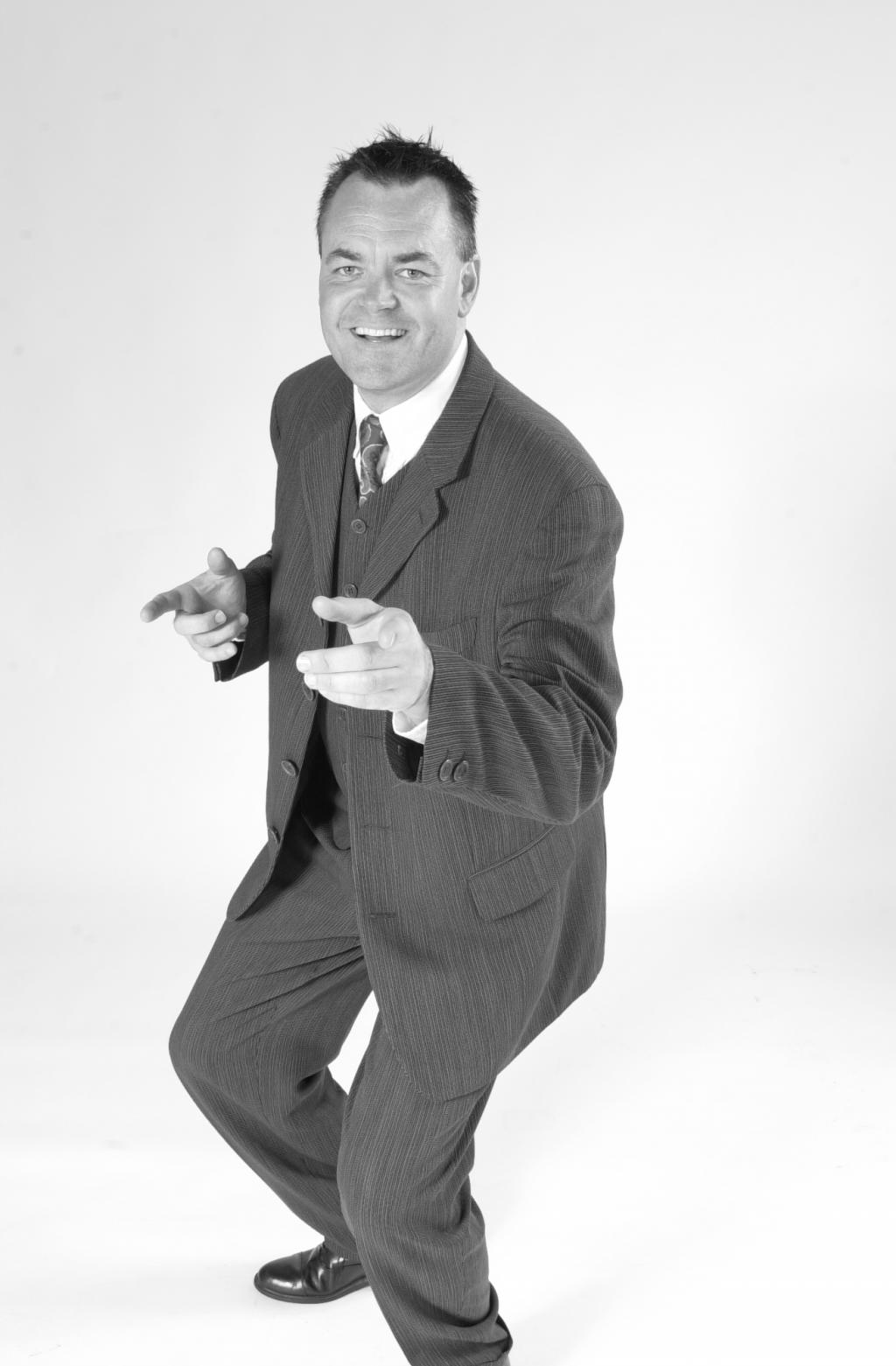 Seldom does one find such a peculiar mixture of talents in man. Adrian Doughty is a dancer, drag artist, comedian, media manager, event organiser, PR king and an all-round entertainer. He began life as a market trader in London's East Street market in Camberwell, working alongside the Pearly King, selling everything from tea-bags to T-bone steaks. Having been trained to cut meat by his grandfather who owned a large butcher's shop, Adrian worked his way up to become a meat manager at Sainsbury's. Adrian's banter proved so entertaining that customers would flock to the meat cabinet. It was only when one chortling client remarked, 'You're wasted here mate' that Adrian began to search for a meaning to his life beyond mince and chops.

He opened a balloon shop on Eastbourne pier, using an innovative American balloon pump called ‘Easy-Wrap’ that could place a stuffed toy inside a balloon. This proved very popular and Adrian purchased some properties with the proceeds, intending to become a professional landlord. Instead, he gave a room for free to a friend in need. Then another, then another, until in the end Adrian was running a homeless shelter for 20 people with serious drug and alcohol addictions. Sadly, the project ran into difficulties. Neighbours signed a petition claiming that the shelter made their area ‘undesirable’, his tenants faced unexpected and often erroneous benefit cuts and Adrian struggled to find the professional support needed for his clients. As the centre faced closure, rather than throw his clients back onto the streets, Adrian found a new way to fund his operation: he became a male stripper. It wasn’t long before he had adjusted to entertaining crowds on a very different level. His act expanded into comedy, various drag acts, balloon dancing, drama, singing and pantomime.

Adrian has a unique ability to transform the atmosphere of any room. However uptight and suspicious an audience may seem at first, you can witness them literally unwinding until eventually they are shaking and sometimes crying with laughter. Hundreds of families and friends hold a night with Adrian in their treasured bank of memories. His intention is to make every single person in the room happy. He can adjust his act to any setting, be it a raucous stag-night, a children’s party or an elegant dinner and dance, whatever the cultural background. At every event, he will appear immaculately dressed (or undressed) and full of charm.

When not entertaining himself, Adrian thoroughly enjoys promoting his favourite artists and entrepreneurs, sticking with concepts that he believes in and marketing them tirelessly. He has a unique insight into the dynamics of publicity, both psychologically, through the media and  directly from the stage. Whether organising one of his events for up to 1000 people or engineering business meetings, Adrian adores bringing people together. His vast network of contacts ranges from influential figures in business, showbiz, media, PR and live entertainment to people still suffering from homelessness, extreme poverty, long-term sickness or disability, addictions and difficulty adjusting to life after prison. As a father of three and a surrogate father /counsellor to hundreds, Adrian's great skill is to listen to people carefully, then to place them with the right contacts, in the serious hope that through uniting and co-operating, they might be able to strengthen and help each other. Not every one of Adrian’s ‘matches’ has had a fairy-tale ending, but hundreds of people have been helped this way, not least his former clients from the homeless shelter. Every single person was housed before the shelter closed and put in contact with somebody who could help them and several of his former clients now have lucrative careers. Adrian believes strongly that serving others should be at the heart of all we do.

Adrian is also a highly professional public speaker and after dinner speaker, delivering moving eulogies and funny wedding speeches as well as being a Master of Ceremonies, adding style and gravitas to any occasion. He is currently embarking on a tour of the UK as a motivational speaker, helping people to boost their confidence, earning power and contribution to their communities.

Here are some of Adrian’s favourite charities: