Gangster, An audience with Dave Courtney

Hosting "An Audience with Dave Courtney" will always pull in the crowds and goes down well with the lads. Every show is very unique too, due in large part to the questions that Dave Courtney gets asked by the audience..

Renowned former gangster Dave Courtney made his name in London’s East End underworld, befriending the likes of the infamous Kray Twins. Once referred to in the press as ‘the most feared man in Briton’, Courtney was a key player in the criminal underworld. Amongst other things, he attracted the attention of the national press when leading the funeral procession of infamous Kray twins’ henchman Tony Lambrianou.

With numerous appearances in film and six publications under his belt, that include "Stop the Ride I Want to Get Off" and "Heroes and Villains", Courtney’s life and work has made him iconic in the history of Briton’s gangster culture. He even claimed that Vinnie Jones used his life as inspiration for his portrayal of Big Chris in Guy Richie’s film Lock, Stock and Two Smoking Barrels.

Despite Dave Courtney's incredible life, that includes being shot, stabbed and even having his nose bitten off, he lives to tell the tale in this superb event.

Dave Courtney delivers his tales in his unique witty and very humorous style. It can often lead to particularly interesting stories, when he opens the floor to the audience. Dave also bring's with him some Dave Courtney merchandise for an auction. 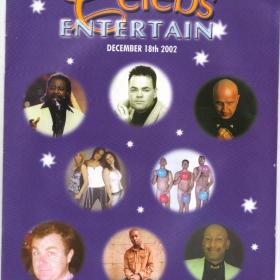